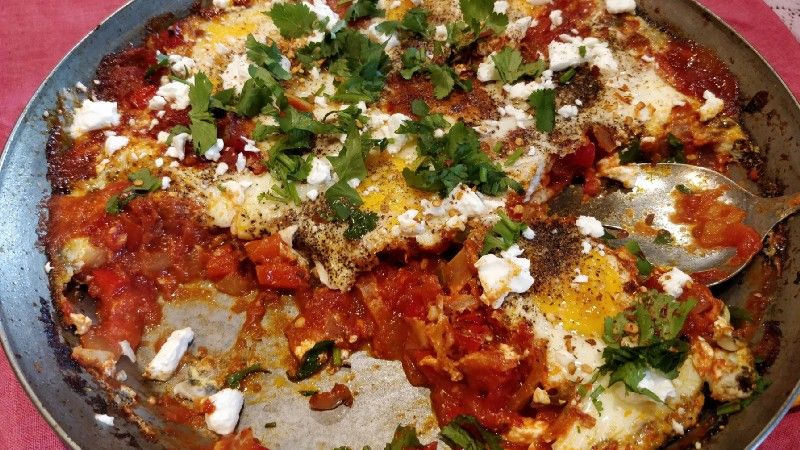 After laughing hysterically at the worldwide mania and reports of people raiding supermarket shelves for toilet rolls, pasta, and rice, it dawned on me that rather than smugly air kissing my way through the convivial village in the South of France where one currently resides, my time might be better served hightailing it to a food store. I’d wrongly assumed that we were untouched by the lurgy bringing the rest of the world to a standstill. But as more people I knew in real life started mentioning that stocks were genuinely being depleted, we decided to do our supermarket run before we took to waiting for the other to fall asleep first so we could gnaw off slivers of their belly fat.

Despite our plans, Bear overslept — so we arrived fifteen minutes later than I’d wanted. As the car park was about 25% full, this was 10% more than I’d liked. Nevertheless, we thought we had it in the bag, or at the very least, would have it in the trolley…

After sticking my head in the fridge to grab a few mozzarella balls, I looked up and found myself waist deep in a Black Friday sale. Where had all these people come from? And why, when I was in the middle of the scrum, did everyone suddenly look Zombie-like, germ ridden and seconds away from coughing out an entire show tune? Basically, all high risk and in risk of transmitting their invisible infections. We needed to get out of there fast…

As I sped-contemplated how many ways I could make couscous, Bear felt no such level of panic. In fact, he seemed to be exhibiting a calm that was worrisome and had apparently decided to use the upcoming isolation as an opportunity to try out new things. Did I fancy duck hearts? What about goose? He asked, smiling dreamily over the meat counter.

What about goose? Stockpile — you madman!

I took more pleasure than I imagined in crushing his culinary dreams… There’d be no goose loose about this house.

Toilet roll was aplenty in France but rice and pasta had been plundered. Hard to imagine of the French.

Of course there were pockets of joy to be discovered — the shopping trolley containing a lemon tree while others hoarded pudding cups, cans of soda and crisps… Surely that woman would have the last laugh.

I eavesdropped as the workers gossiped about a man on Saturday who had cleared out what had remained of the Martini stock along with fifteen bottles of creme de menthe; speculating on whether it was a novel cure for the virus… Some people, eh?

If creme de menthe was all that remained of this world, I’d happily extinguish myself early to give Bear a few minutes more oxygen without me using it up complaining.

We cut our losses when the shoppers and those queuing for the tills joined halfway down the aisles…. Whatever was in our trolley would have to do. What mattered was getting out before anyone coughed.

How would we fare with our week’s worth of vittles?

Who knew, but we’d been glad we’d remained civilized among the fray, taking only what we really needed. We weren’t aware at the time how short lived our self-praise would be.

We drove home and made ourselves a wonderful tuna salad for lunch with Xeres dressing. Our bellies were full of artichoke hearts, sweetcorn, and hope.

But by early evening, we’d learned that the government had initiated a shutdown starting at noon the following day.

Our cries echoed out into the darkness.

Why on earth didn’t we shop for more?