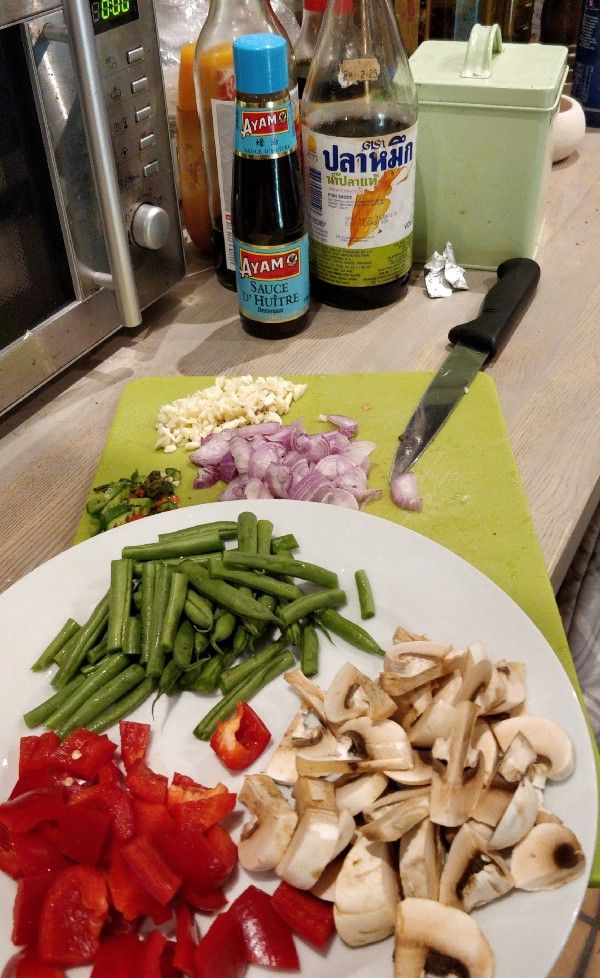 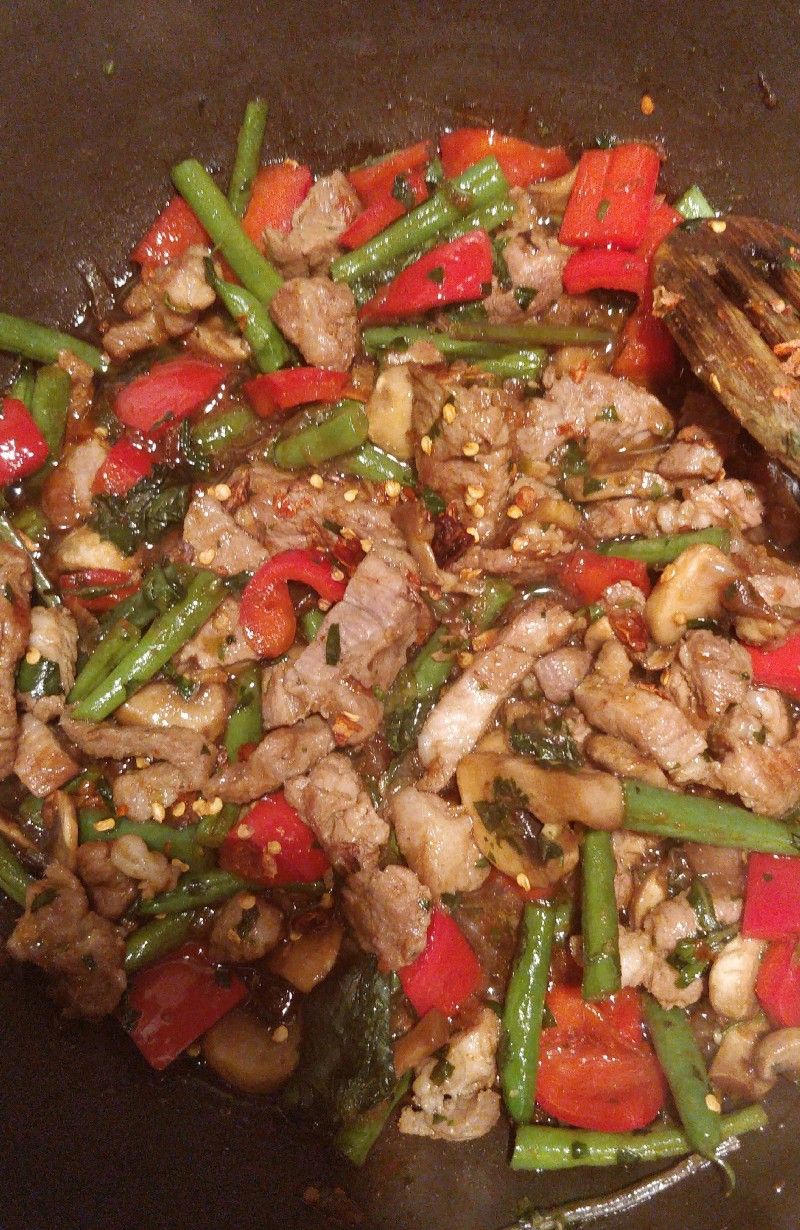 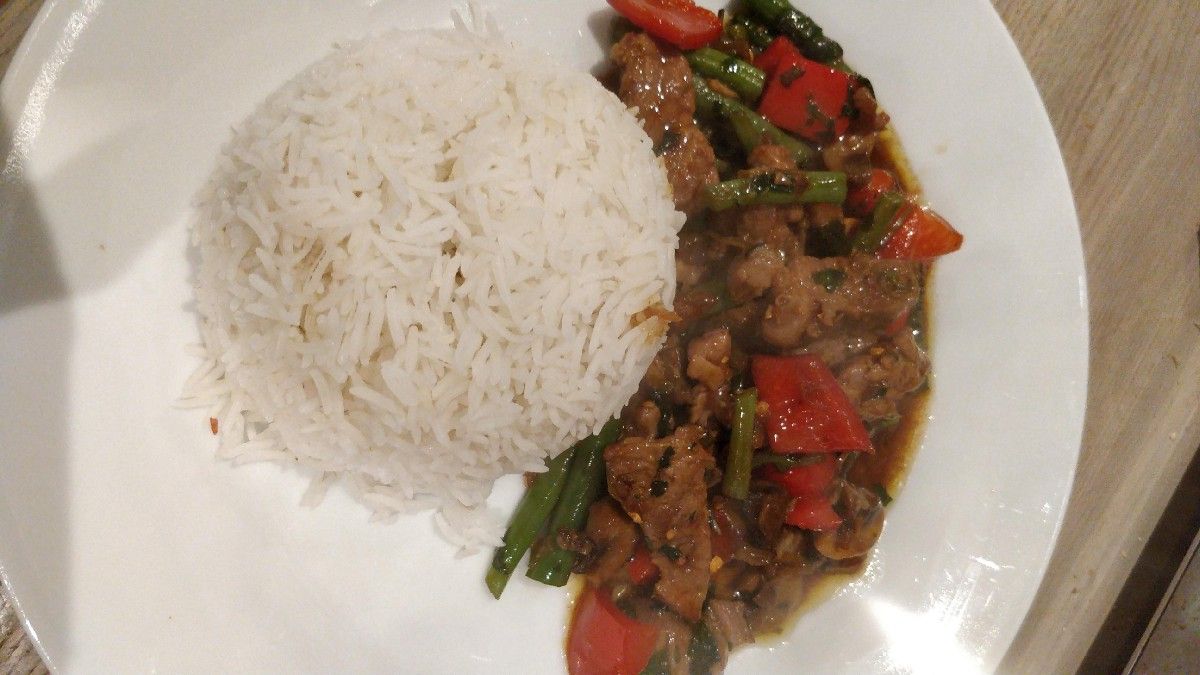 We wake up groggy after a fitful night of sleep. Bear had been afraid to dream, terrified that Riley might enact her revenge after garden-gate. To be fair, I also kept one eye open before the Sandman came and took me, wary of being caught in her crosshairs by accident after lights out. But with my morning alarm, that is these days cat paws ambling across my head, I turn and watch her depositing a kiss on Bear’s brow. Evidently, all has been forgiven.

I receive a belated message from a neighbour who was trying to engineer a drink with the barrier of the bridge between us. Sadly her message comes in eighteen hours too late; network issues or the drinks came before the missives… Still, it’s nice though to be invited to something, and is a small nod to weeks earlier where our lives in the countryside are full of local gatherings.

Bear spends the morning shovelling more of the pebbles from one side of the garden to the other.

I’d given him the choice of how I prepare the pork steaks I’d pulled from the freezer. He’s very selective about what he’ll actually eat — meat wise — that I’ve frozen, preferring to the point of tantrum to eat meat ‘fresh’. Luckily, pork is a meat he knows little about so I don’t have to endure the lecture. I liken this preference to a snobbery, as he displays no such truffle pig talent for rooting out frozen meat from fresh… Obviously, it depends on the cut and I wouldn’t freeze just anything — I’m not a philistine — but still I do often think: you’re going to wolf it down and praise it, so spare me the complaining preamble.

He’s gone for my third proposal: pork pad kao gra, one of my preferred go to dishes in a Thai restaurant. I adore the chilli kick and the fragrant aroma and taste of the holy basil, which we actually have (also frozen in the freezer!) I love this dish with any protein, though beef is my current favourite.

We don’t have the appropriate cut for this dish, but I know I can pound the pork steaks within an inch of their life and cut them into thin slithers for the dish. Basmati rice goes into the rice cooker (we have no Thai rice remaining) and I prep my veggies for the stir fry.

I par cook green beans and cut red bell peppers and mushrooms to add almost for the last minutes. Shallots are simmered before adding garlic and chilli to simmer for a couple of minutes. The pork is added and the flame increased until the meat cooks. The vegetables are tossed in before adding sugar, light soy, fish sauce, dark soy and oyster sauce to the wok. Finally a generous portion of holy basil is added and it’s ready to serve.

We’ve spoken to a friend of ours quite regularly, in isolation quite happily on his lonesome, but having perused the wording on the government permission slips, we decide to make a quick visit to him to check on him anyway, as by definition we are all slightly vulnerable in this strangest of times. Loneliness is a silent killer and even for someone as comfortable as EV is in his own company as an artist, there are still times that you need to hear another voice other than then one in your head.

The drive to his village is short and there’s only one other car on the road. This is stunning, even for a Sunday where people are always en route to visit family. It’s Palm Sunday to boot, but the day feels unmarked without a church service to attend, without a palm frond in my hand that I try to fashion into a perfect cross and fail but cherish all the same.

We spend an hour catching up in his garden, the three of us two feet apart by accident or human adaptation to the times. It’s strange not to kiss or hug friends but also just refreshing to see him in the flesh after so long in exile.

EV is one of the last people we saw before the gates came down, and he, like us, has seemingly escaped the symptom symptoms of this affliction. We count ourselves among the lucky ones.

We brought three cans of beer for the occasion and even he admits to washing the bottles of beer he offers us in return. We drink a toast to the speedy return of the old normal.

To the time of warm embraces and shared baguettes.

We all make the toast, but we know it may be a long time coming.