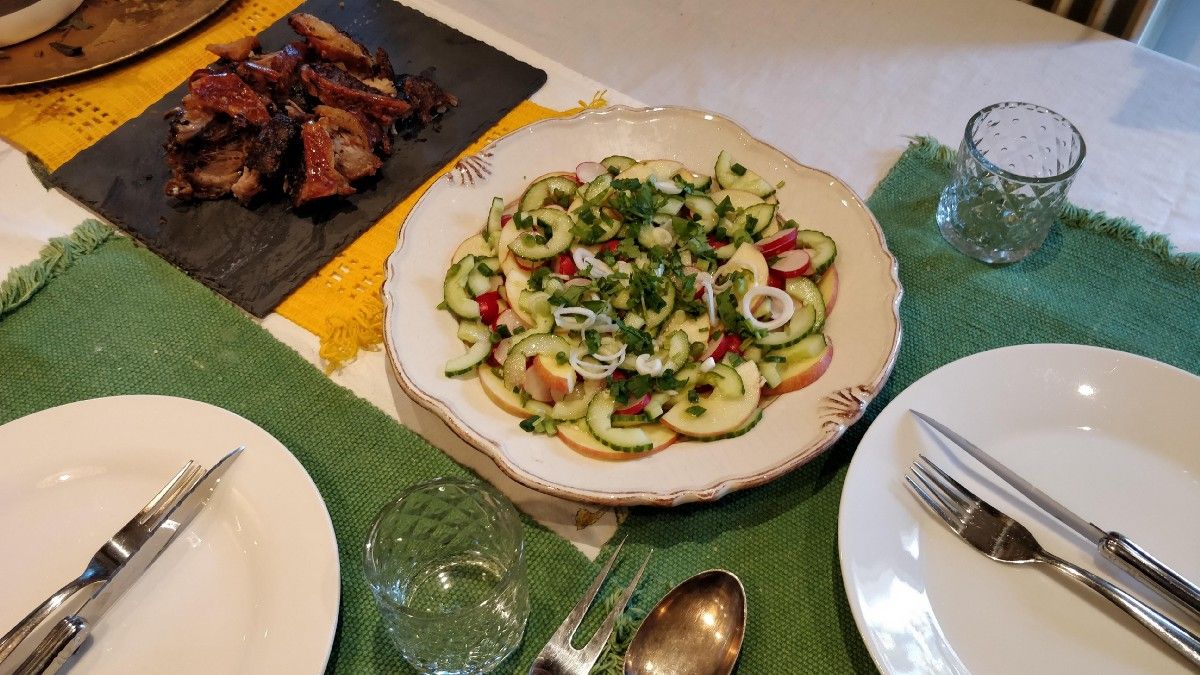 So the mosquito roll arrived a few days ago, only Bear didn’t say anything... On this new frontier we’re navigating, this is the kind of thing that elicits murder.

He truly doesn’t know how near to death he comes.

Luckily for him, wine is back on the menu and so I let the roll slide as I try to produce my own line of magnet attached mosquito blinds... The first one fails hard and fast so I move on to a smaller window, which proves surprisingly successful.

My methodology is sound, but the magnets — that I ordered off Amazon — can possibly bear the weight of a mosquito, but no more. The light netting proves too much for the small adhesive squares. I manage to create a successful barrier for the two smallest windows in the house, which is good for ventilation purposes. (It might not protect against mosquitoes, but we’ll have shields against flies which is half the battle and a contributing reason to our seasonal discontent.)

Buoyed by the semi accomplishment, I move on to another task I’d set aside for a rainy day.

Now that the days are in need of many micro tasks to alleviate the boredom, I reach for some African wax print material I’ve been saving for fictional future window seats. I decided to make some cushion covers for our garden chairs. This activity is much more fruitful (despite me starting to work with sunglasses on and consequently sewing the cover inside out and having to start again).

Lunch is the pork belly I seasoned overnight, done as purely a seven spice dry rub.

Supermarkets have had recent promotions on their pork products and the cut of pork we purchased was very cheap but very uneven. There are large wedges of fat that would be better served by trimming to create more uniform layers of fat versus meat, but as I’d already felt guilty about handling the meat on Good Friday, I opted to cook it as is.

Baking it at an initially high temperature will allow the skin to go crispy and I’d decant the pork fat for future use.

I’ve been meaning to buy a new roasting rack for a long time but with my plans scuppered now that non essential homeware stores are closed, I create mini columns out of crumpled foil and rest the meat on top. The pork starts off at 220 degrees and after thirty minutes it’s lowered to 170 degrees and baked for an additional two and a half hours.

Its accompaniment is a radish, cucumber, and apple salad with my spin on a simple Thai salad dressing: fish sauce, palm sugar, lime juice, chilli.

We’ve run out of our small green chillies that would be perfect for this and so much more, so instead I scoop some seeds out of some of the scotch bonnets we have in the freezer, to provide the lip-tinging kick the dressing requires. (I also like to add a clove of crushed garlic to the dressing for more zing.)

The salad is topped with spring onions and coriander. Add the dressing just before serving.