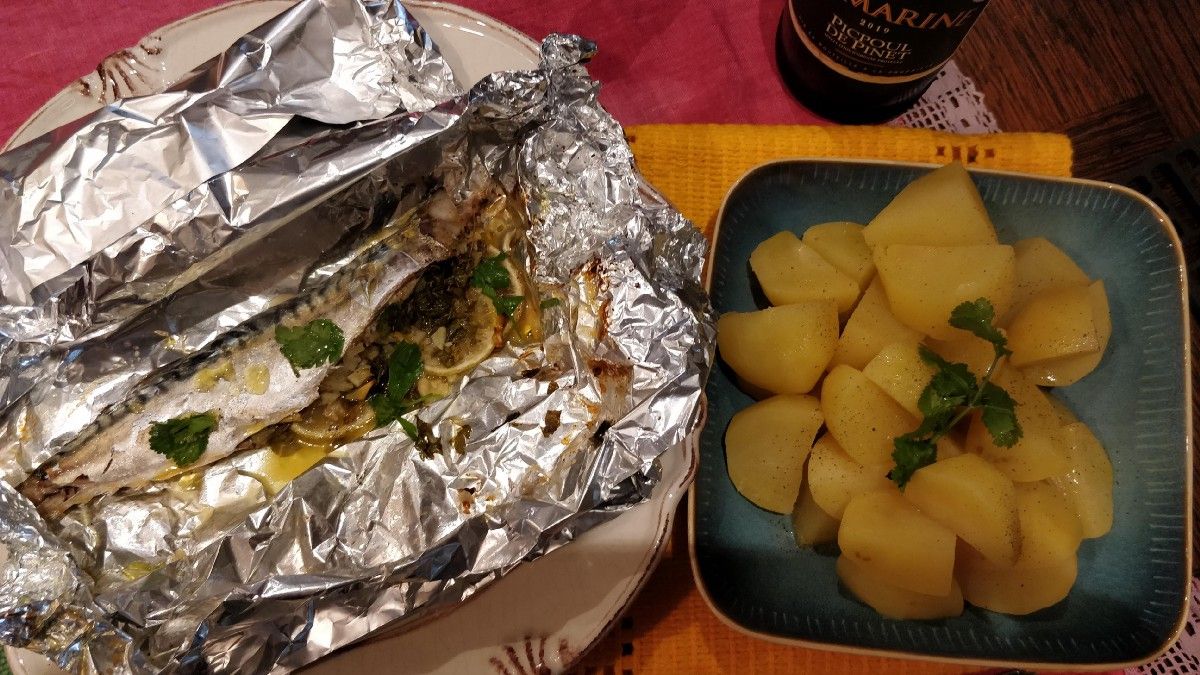 My day begins with ‘cat paw in face’ at 7.02am. The morning is grey and dark and Riley wants to be entertained.

Having engaged in a game of give cat free full body massage for thirty minutes pre breakfast, I have a cup of tea with a cinnamon roll and observe my work in the garden from yesterday through the window.

My intent yesterday afternoon had been to make a virtual eye out of the well, with a pebble surround but what I created is actually more of an eyesore. (We’d purchased grey and white stones for this project as stores had been running low on their stocks hence our creative workaround.)

Having spent two hours manually distributing the grey stones, I’d turned to deposit what from the picture on the front of the bag was meant to be small white pebbles… but instead discovered beige rocks the size of dinosaur eggs!

I abandoned my work immediately after a tiger mosquito took a chunk out of my arm and headed indoors defeated.

Today’s the first morning I’ve taken back to my bed ‘with the vapours’ immediately upon getting up... I didn’t want to do this, as I figured succumbing to this feeling, even for one day, is what it’ll take to transform me into a full blown hermit; I’m very suggestible after all.

If I commit to Outlander and Criminal Minds, that’s three months of bed rest right there, and I so want to be productive. Not to mention, I’m now four cinnamon rolls heavier than I was yesterday afternoon, and about four trailer’s worth of cement heavier since the quarantine began.

Something about the change in air pressure and the low light of the day makes me think of London, specifically an off peak weekend, and I’m suddenly wistful for my old hood. I feel like doing a lap of Portobello or Golborne Road before stopping for a coffee and a portuguese cake… Strolling past Galicia (when it was still open) and watching people congregate outside was my former jam.

We have mackerel for lunch today, one of my favourite fish, and I distract myself from the homesickness by spending a couple of hours lying in crunchy sheets (the cinnamon rolls) and reading recipes.

At this point I feel it necessary to proclaim that while I consider myself to be a good cook (I’m not joking) I’m one that’s nonetheless very open to learning and expanding their repertoire.

I became proficient in the culinary arts due to a combination of reasons: the youngest child of West African parents; a boarding school brat who had no intention of subsisting on potatoes, baked beans, and cream eggs; a belief that cooking is one of the cheapest ways to travel.

But like the rest of the world, I fall back on my usual recipes out of laziness, bad time management, repetition, and laziness (yes, I said that on purpose).

I’m the same with clothes in that I have a huge wardrobe but live in a rotation of mostly tracksuit bottoms, granny sweaters and headscarves. If I even put on jeans these days I’m met on the streets with repeated ‘going somewhere special’ queries?

Even Bear has taken to giving me positive reinforcements when I manage to zip up my shoes on our supermarket escapades. It’s terrible, really… I lured him by acting like I was a founding member of Destiny’s Child and now he realises that I wouldn’t even make the callback for a rebooted Sugarbabes. But I digress…

I stumble upon a recipe for spanish style mackerel and it reads very similar to the fish we’ve eaten in several portuguese restaurants, so that’s the go-to for the day.

Quite early on in our courtship, Bear introduced me to portuguese cuisine in London, starting with an incredible portuguese social club in West London in my neighbourhood. I’d walked past this place for literally years, dismissing its presence as a bus depot and was completely oblivious to the treasures that lay within the premises.

When he invited me there for a date, I assumed he’d either become cash poor, or interest waning, and so I turned up with — — what was the medical term for my condition, oh yes — — ‘screwface’ as I’d wanted to adequately convey my feelings about his choice of establishment. But the phrase eating my words comes to mind.

The meal had been exceptional, in a wonderful atmosphere to boot, and I’d been forced to give him kudos. We’ve since taken most of my family there and watched their similar reactions play out — the Okereke Disdain* before the cartoon sequences where the character swallows a chicken drumstick in one bite before pulling out the clean bone and licking his fingers.

While Bear gets to work making the potatoes Croatian style (cooking them in vinegar), I start chopping garlic, coriander, dill and parsley and slicing limes thinly (we have no lemons). The whole fish are cleaned and the innards removed before they’re washed and patted dry. (They’ll be cooked in individual oiled foil packages.)

Salt the fish, stuff with the garlic, herbs, lemons, oil generously and wrap in the foil before placing in the oven for approx 30 depending on the size of the fish.

Serve with additional lemon/lime, fresh herbs and Picpoul if you’re pretentious prigs like we are.

* Okereke Disdain — a glare that could melt icebergs along with a nostril flare and lip curl. Not to be used around small children.