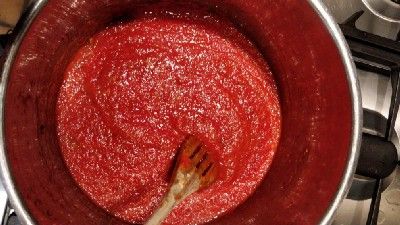 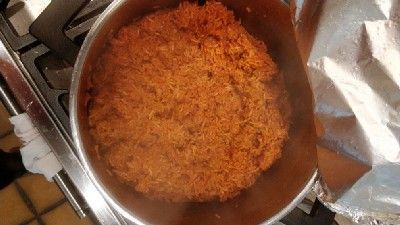 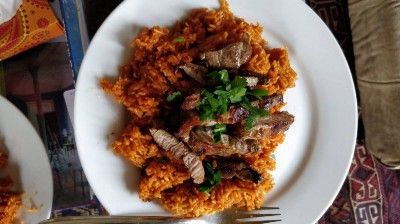 Riley has settled into life with us, which feels incredible. We adopted her from a refuge just over an hour away, a little after the new year, but already it’s quite hard to remember our version of life before her. Having been woken up by a barrage of kisses and her multiple attempts to stand on my head, I’m overjoyed to have slept in until 10.00am before Bear breaks the news that the clocks went forward overnight. This is a double surprise as he already told me that the clocks had changed a month ago. I’d even tried to convince my mother of this very fact, laughing at what I mistakenly believed was her senior moment… Turns out instead, that we are the idiots.

Over coffee, we peruse our permission slips to see how best to describe our mission of recovering some bricks (destined for a future skip) from our friend’s house. We plan to use the bricks to build a step in the garden. Armed with our paperwork, we take a five minute drive to Loubers, but we needn’t have worried as barely another car is on the road. Entering the compound of their new house without them feels like a heist of sorts, and we’re terrified that someone might call the cops as we’re strangers, but we manage to load up the car successfully and journey home slowly while I think brace myself for Sunday lunch.

While cleaning the house yesterday, including polishing the banisters in an act of Domestic Goddery unbeknown to me, I started to reflect about other new things to try in this period of seclusion. Having acquired a burgeoning set of abs from a video trending on social media involving a singer (Kevin) praising his wife’s quite frankly insulting attempt at jollof rice, I’d decided the time had come to give it a go myself.

It’s actually quite amazing to me that I have never made jollof rice myself. Then again, I’ve never had to as my Mum bangs hers out –– come rain or shine –– every Sunday, and truly what’s better than a mother’s jollof?

Now that I’m as far away from her kitchen as humanly possible, I set to work on my own while Bear deals with the brick unloading in the garden.

There are many ways to make jollof…. Just kidding. That was a trick statement. There are only two ways — the Nigerian or the Ghanian way. Everything else is just a polite imitation.

Abuse me if you must, but I doubt my opinion on this will change. But in any case, whichever way you make it, be sure you have a cheerleader like Kevin when it comes to eating it!

Blend tomatoes, onions, garlic, scotch bonnet, red bell pepper together, and this is your base. There’s no substitute for scotch bonnet in stew and if there’s a substitute for Maggi seasoning please tell me what it is; I’m genuinely asking. You can also use long grain rice or basmati, but I like the basmati version, which is handy as that’s the rice we have.

I’m almost loathe to say how I made mine as I’m wary of the criticism barreling its way towards me, but in short, you fry some chopped red onions along with the tomato puree in oil for about five to ten minutes until it loses its sourness and then add the blended tomato mixture. Season with cayenne and black pepper, curry powder, maggi cubes if you have them (or, I guess, Knorr?), garlic or onion powder, white pepper, ginger, thyme, and bay leaves. Don’t salt at this stage as you’ll be adding beef or chicken stock, which already contains salt and you don’t want to kill it.

Fry for another fifteen minutes.

There’s lots of disagreement online about which one you fry first (the puree or the tomato blend). Go with the recipe that speaks to you the most.

Add one to two cups of stock to the tomato sauce and let cook for five minutes before adding your washed rice to the pot. (Never add the rice without washing first, and by washing I mean, corona washing — not with soap, but washing the rice over and over until the water runs clear.)

Stir thoroughly and be warned that jollof doesn’t need a lot of liquid to cook. Cover the pot with a foil to trap in the heat and then secure with the pot lid. Leave to cook for about twelve minutes.

Do check on it occasionally and stir with a wooden spoon.

As it’s cooking, taste for seasoning and add salt or whatever is necessary. If you need to add more liquids, only add in small amounts or you’ll end up with Kevin’s wife’s rice, and that’ll hurt after you’ve gone to so much trouble.

When the rice is softened, add some butter and stir thoroughly. (Some people also add onions and freshly sliced tomatoes at this stage. For others, the butter part is optional, but I add a knob and it really took it to the next level.)

Switch off the heat and allow it to simmer.