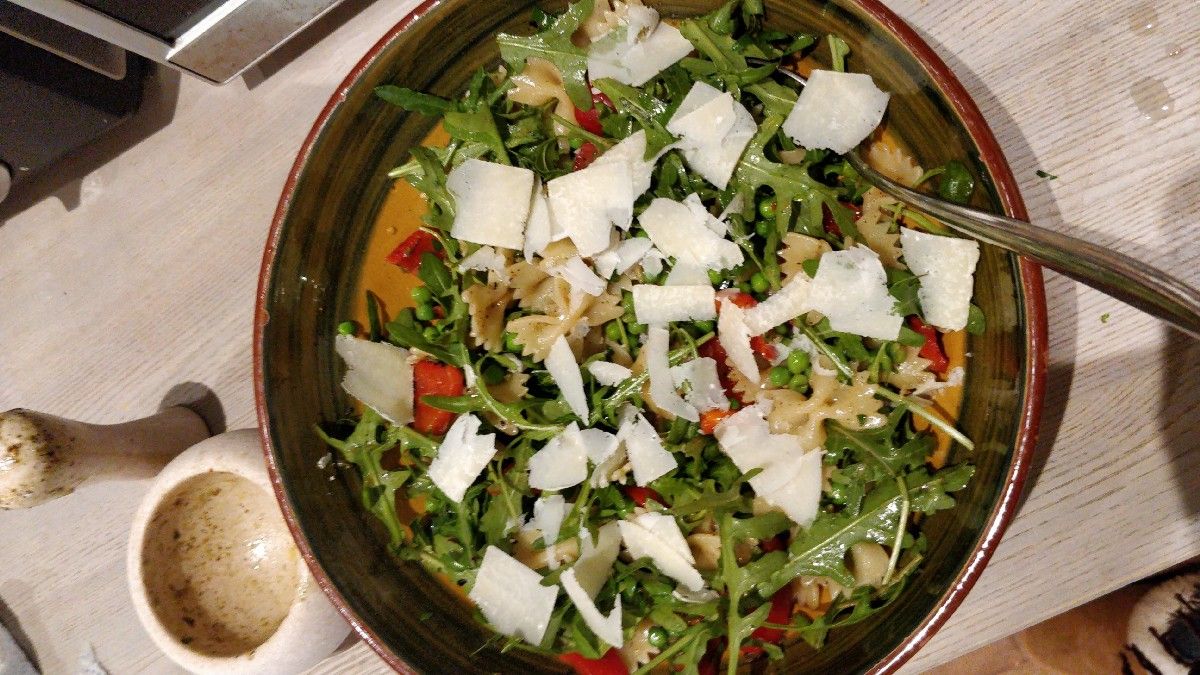 After the nurse leaves, I chow down two paracetamol I’ve discovered in the medicine cabinet. They may as well be Skittles for how little they’ve affected me in the past, but thirty minutes later, I’m Sailing Away… Accepting I��ll probably end up taking double the amount I’d need than if I’d just taken ibuprofen (thereby not blowing our entire paracetamol stash in 24 hours) I make the executive decision for the greater good of the household.

Riley has been guarding me like a sphinx cat ever since my monthlies have taken hold. Like a crocodile that’s successfully overcome me with its death roll, I’ll be pinned under a rock for the next few days while my body softens enough to eat itself.

We’ll have to content ourselves with whatever salads I’m able to rustle up. I’m known as many things to many people. In this part of the world, I’m known as the Chilli Lady, the Hat Lady, and for our braai days I become the Salad Lady. I’m taking it as a compliment, but people are just grateful I employ my imagination beyond ripping open a bag of leaves, adding some cherry tomatoes and a dash of balsamic vinegar… I haven’t given up just yet.

You get what I mean…

Whether it’s my peach, mozzarella, and rocket salad; my cucumber, radish, and apple offering, or the simple green salad recipe I stole from DB, with the dressing of crème fraîche, more grated ginger than you can imagine, and a dash of walnut oil among its secrets — I can whizz up a super salad for any occasion. They’re effectively my accessory equivalent to the main outfit that is the ‘true meal’. And my rule with accessories is, if they look sh*t; don’t wear them. So what if we occasionally saunter around nude barring a Chopard necklace… All the better to appreciate those diamonds, daahlin.

I decide on a pasta salad, as pasta automatically makes me feel better, and my head isn’t quite back to normal.

Farfalle (are they bow-ties or ribbons?) is my go-to for a pasta salad. Then I ‘massage’ garlic, a finger chilli, basil leaves and olive oil in my trusty mortar and pestle until it forms a paste. This takes longer than usual as there’s no brutal pounding today, but the slow work to break down the ingredients is relaxing as I wait for the pasta to cook.

Cherry tomatoes, peas, rocket leaves, and a red pepper I’ve torched on an open flame before peeling off its charred skin, are thrown in a bowl and seasoned with salt pepper, fresh parsley and a dash of balsamic glaze.

When the pasta is cooked, I drain it and cool it ever so slightly (so it doesn’t wilt the rocket when it’s mixed). The pasta and the crushed garlic/basil paste is then folded through the pasta salad.

Parmesan shavings adorn the top and it’s ready to go. Top with chilli oil if you dare.